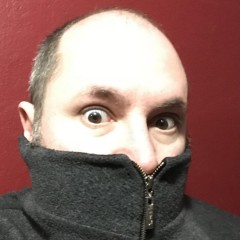 In the wild, Andan is tallish, darkish, and probably smells of elderberry.

The “wild” in this case, is the very pleasant climate and truly horrific traffic of the San Francisco Bay Area - where he lives with some family and some pets - though he arrived there at the end of the 1990’s after doing a stint of college in Albuqueurque, NM, as an adventure away from Wyoming, where he’s from.

A poor talent he possesses is to be “instantly mediocre” at a lot of things, most of which he won’t go to the effort to master. These have included skiing, blacksmithing, martial arts, archery, systems administration, gaming, a smattering of programming languages starting with Logo, art, and the one he just can’t quit, writing.

He’s spent a career in IT as part of a lifetime of tinkering with things and managing to make something of it. Usually.

This site is maintained using Hugo and is hosted on Google Cloud CDN.

Comments are handled via Disqus. Comments may be moderated and the proprietor encourages you to remember that you don’t know the full story of anyone you’re talking to, so be polite and compassionate. Assholes will be binned.

There are ads because I haven’t paid for an ad-free tier. I have 0 say in the ad content.

This site uses Google Analytics tracking only base tag hits (no cookies, no extended arguments or dimensions) largely for my own entertainment. Honestly, I have no idea who you are and I won’t try to find out. I will never try to sell you anything, I will never sell data about you, I will never sell anyone anything based on data about you. (which, really, was covered in the first case but it bears spelling out).